The Duchess of Cambridge is a long established member of the Firm and we’ve seen her grow into her role as a royal.

Those first few years as a royal wife can be testing, but Kate has taken it all in her stride.

After being supported by husband William when they first married in 2011, Kate has taken on her own charity work and patronages. The Duke even revealed that it was Duchess who was the brainchild behind their mental health campaign Heads Together.

As she celebrates her 37th birthday on January 9, 2019, we look at how Kate is preparing for her future role as Queen Consort.

One of the most significant details of 2018 was the brooch that the Duchess of Cambridge wore for the Netherlands State Visit in October.

The Royal Family Order is an honour given by the Queen at her discretion to female members of the royal family as a reward for their service. It usually includes a small portrait of the monarch painted on ivory, set in diamonds and surmounted by a Tudor Crown in diamonds and red enamel. The Order is pinned to the left shoulder with a silk ribbon in chartreuse yellow.

Kate’s one is made of glass, not the traditional ivory – paying homage to her husband Prince William’s continuous conservation campaigning.

It’s believed that the Duchess received the Order in December 2017 but last year was the first time we’ve seen her wear it in public. Usually worn for formal occasions, it was also pinned to Kate’s Jenny Packham dress for the Diplomatic Reception in December 2018.

For the first time in November 2018, Kate joined the Queen and the Duchess of Cornwallon the same balcony at the Remembrance Day service.

Her Majesty is usually accompanied by her husband the Duke of Edinburgh, but since he has retired from public duties, this has allowed Kate to move up the royal pecking order.

In years to come, we’re more likely to see Kate, William and their children take much more of a front row seat at annual events such as Trooping the Colour.

The Duchess of Cambridge is believed to be launching her own charity campaign to help disadvantaged children in the early part of this year.

According to The Daily Mail, Kate has brought together experts from academia, education, health and other fields to work on how to help families tackle anti-social behaviour, addiction and mental health.

This will tie in with her work in early years intervention and her current patronages.

Similarly, while the Duke of Edinburgh has loyally been by the Queen’s side at her engagements, he has also carved out a role for himself. One of the ways in which Prince Philip did this was by founding The Duke of Edinburgh’s Award in 1956 – a programme which encourages young people to volunteer, do something physical, develop a skill and go on an expedition.

Kate gave her first public speech as a royal in March 2012, almost a year after her wedding. The naturally shy Duchess admitted she was “terrified” beforehand and sources in the past have reported that she has ‘a fear of public speaking.’

However, it seems that Kate has relaxed more when it comes to her duties and delivered five official speeches in 2018, most recently speaking at a RAF families’ Christmas partyin December.If the Duchess does launch her own charity initiative this year, expect to hear more from her.

Just like the Queen and Prince Philip, and Prince Charles and Camilla, Kate and William have supported each other at their official royal engagements throughout their marriage.

It’s evident the Cambridges have the most fun interacting with children and young people and much like the older members of the family, they’re not afraid to tease each other in public.While William and Kate may have to wait some time before becoming King and Queen Consort, it’s clear that the couple are already in training for their future roles. 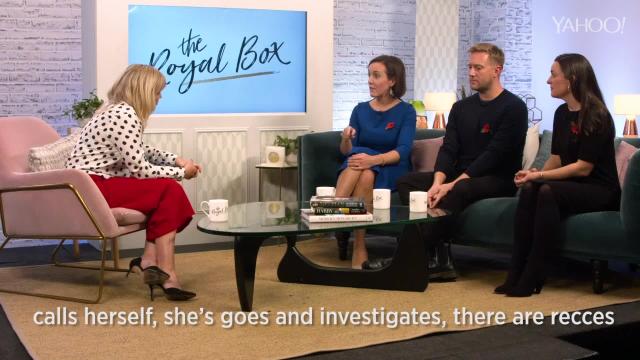 Kate does a lot of work behind the scenes

Royal editor Camilla Tominey talks to Yahoo UK’s The Royal Box about how much involvement the Duchess of Cambridge has with her charity work.